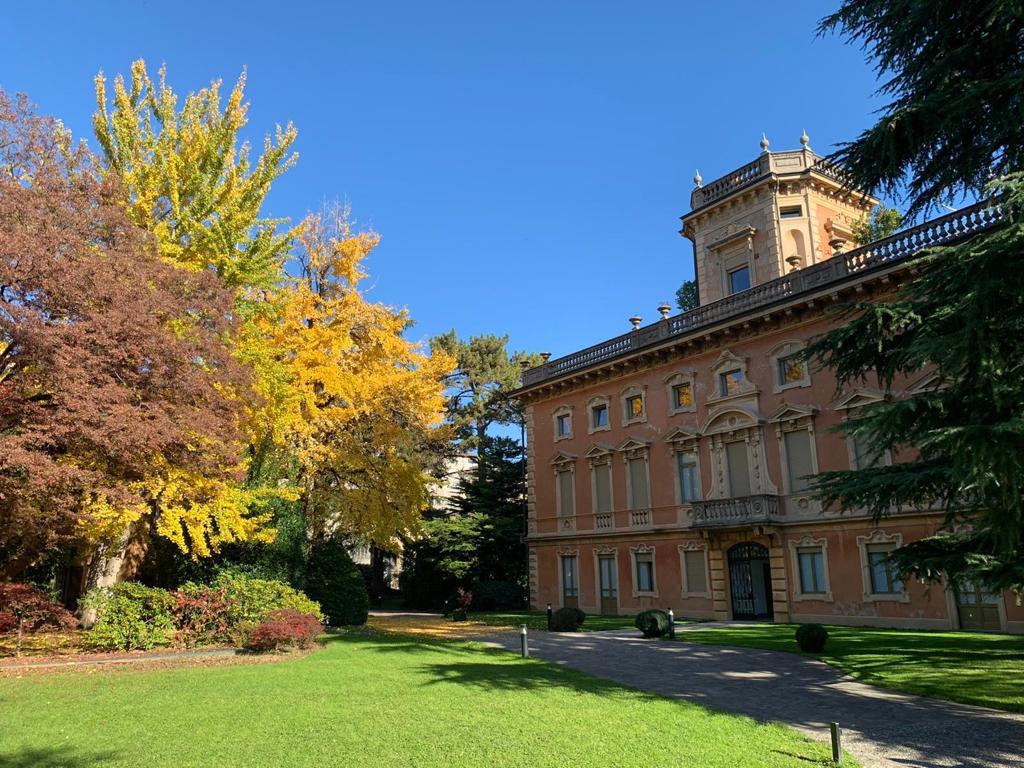 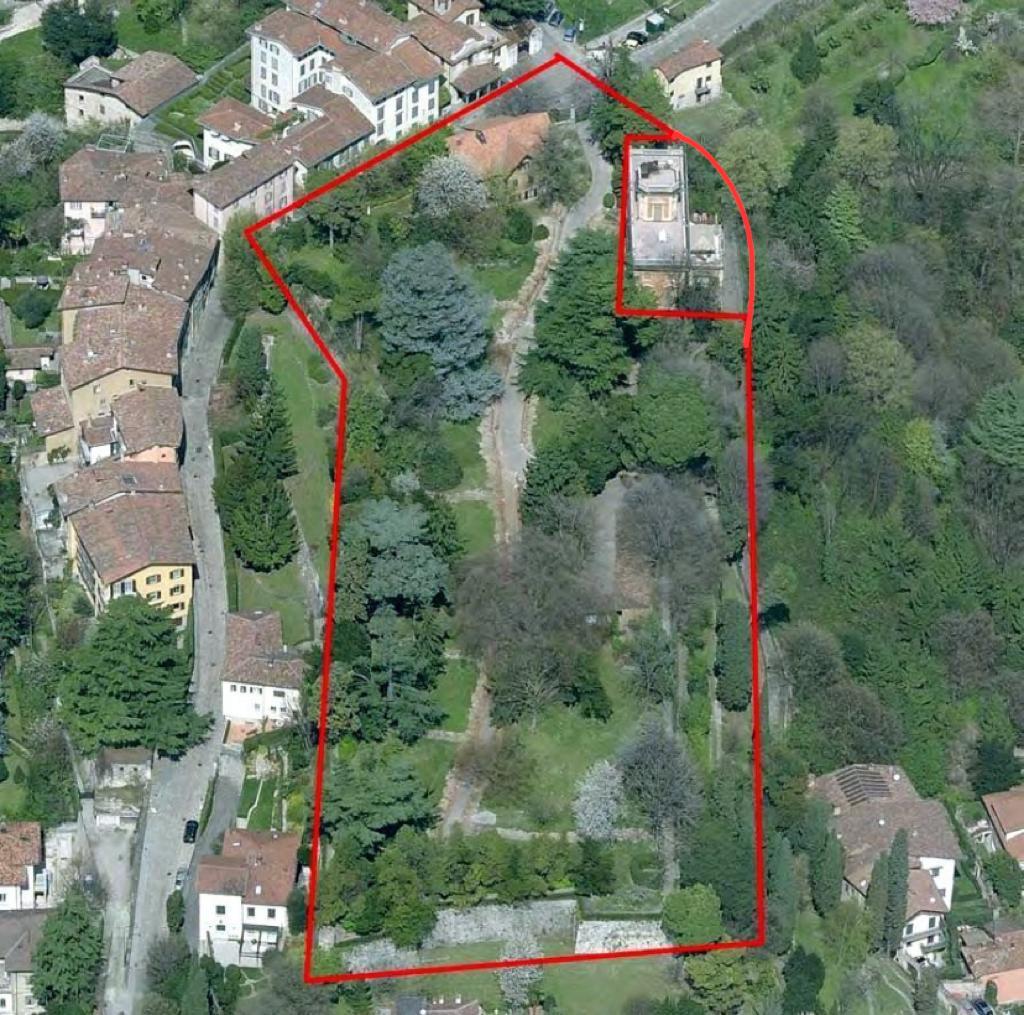 Within a UNESCO Heritage Site and protected flat 10,000 sqm manicured private park, the secure gated Villa Fortino was originally a Dominican monastery compound from the 13th to 16th Century within the protective walls of the Bergamo Alta historical upper city, and is situated at the entrance to the Porta San Giacomo medieval bridge.  From the elevator-accessable top floor of Villa Fortino,  enjoy nearly 360 degree unobstructed panoramic views from the rare 120 sqm private terrace and picture-frame windows in every room of the 82 sqm Porta San Giacomo Unit.

History of Fortino:
The private grounds of Villa Fortino were the site of a 16th Century military complex and outpost and an important part of the history of Bergamo. The complex was originally built between 1226 and 1244 by the Dominican order of the Catholic Church and became one of the most important monastic centers in Northern Italy, possessing several numerous works of art and one of the richest libraries in Europe in its time.
Despite the opposition expressed by the friars and the threats of excommunication directed by the Vatican against the Venetian general Sforza Pallavicino, the sacred monastery was razed to the ground on November 11, 1561 after more than five hundred soldiers had taken their places along the external perimeter.  The Dominican priests found a new location in the San Bartolomeo complex only in 1572, while the Fortino remained in military use for centuries thereafter.   Fortino was eventually sold in 1884 to the painter Cesare Bizioli from whose descendants the current owners directly purchased the property.